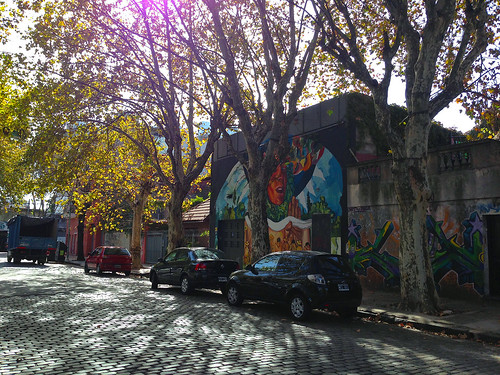 END_OF_DOCUMENT_TOKEN_TO_BE_REPLACED

The urban sprawl is apparent as we drive along I-10, in the western part of Houston, the country’s fourth-largest city. Texans love to drive, and given that the state still has one of the lowest gas prices in the country, that girth is inevitable. So it’s not surprising to know that Rudy’s started off as a gas station, in a little known town in Texas, with a tiny shack selling Ribs. Although that business model has changed little since, more people visit Rudy’s today for its mouth-watering BBQ offerings than they do for inexpensive gas.

END_OF_DOCUMENT_TOKEN_TO_BE_REPLACED

Chances are, you’ve passed right over it, in your car or in a bus, whizzing along the Bruckner or the Major Deegan, as you make your way into or out of the city. Or if you’re a baseball fan, you’ve probably ridden the #4 train to watch a game at Yankee Stadium. But there’s a lot more to the South Bronx than the Yankees, or views of industrial blight afforded by the many expressways that criss cross it. Just east of the Bruckner, in fact, a little known resurgence is taking place along the Bronx River. I set out one morning to investigate for myself.

The Hunts Point section of the South Bronx lies approximately 5 miles north of Astoria, a 25-minute bike ride for me via the Triborough / RFK bridge. At the southern end of Tiffany St., about a mile off the gritty Bruckner Blvd, past old warehouses and truck repair shops, sits an 11-acre patch of green by the name of Barretto Point Park.

END_OF_DOCUMENT_TOKEN_TO_BE_REPLACED

The name Manhattan is a Native American word that translates to ‘island of many hills’. To most visitors though, and to those few residents who’ve never had opportunity to use the GW bridge, the island of Manhattan is perceived as flat! No fault of theirs really – the city’s urban development in the early 19th-century ensured that much of the island’s topographical variations were evened out.

Washington Heights and Inwood, the northernmost neighbourhoods on the island, are remnants of that undulation, and little known ones at that. A stroll or bike ride through them reveals not only what the island would have looked like pre-development, but also many a hidden treasure. Towards the end of summer this year, I set out to find out just that!

11 miles after leaving my house on a warm Sunday morning, I made my first stop at 156th & Broadway. There, occupying a full city block sits Audobon Terrace, a complex of eight early 20th-century Beaux Arts buildings, named after John James Audobon, a French-American ornithologist, on who’s land the structures stand.

END_OF_DOCUMENT_TOKEN_TO_BE_REPLACED

The New York metro area is served by no less than 3 major airports, together contributing a staggering 3300 flights to its airspace, each day! While Newark is in neighbouring New Jersey, both LaGuardia and JFK are located in the city’s largest borough, Queens. But little known to the hundreds of thousands of daily fliers, and to a majority of New Yorkers, is the fact that the city’s first airport was in fact in Brooklyn!

In the days when flights were few and far between, when passengers walked freely onto the tarmac to board their planes, and when security procedures –  as we know them today – were non existent, ‘Building 1’ was sufficient enough to house the passenger terminal, airline offices and air traffic control for Floyd Bennett Field!

END_OF_DOCUMENT_TOKEN_TO_BE_REPLACED

I have a knack of picking them – days with bright sunshine and not a cloud in the sky! Not on this Sunday, however, as I sit on the forward deck of the Staten Island Ferry and watch helplessly as a series of threatening clouds loom over the horizon!

Sometimes it just pays to check on the weather forecast!

END_OF_DOCUMENT_TOKEN_TO_BE_REPLACED

Despite being Europe’s 5th largest airport, Schiphol is surprisingly compact. You can get from your gate to the arrivals area in about a third of the time it takes to do so, say at Heathrow or Charles de Gaulle. A testament to its smart design, no doubt. Throw in a very conveniently located train station, with frequent departures to the city centre, and 15 minutes later your staring down Damrak in downtown Amsterdam! Not surprisingly, the city mirrors just that – a highly efficient design and extreme compactness!

The Warmoesstraat (straat = street) is a 5 minute walk along the Damrak from Amsterdam Centraal and a good place in which to get your bearings. Touristy, yes, but a great introduction to all that you’ve come to know as the Dam’s clichés – Canals, the Red Light District, Coffee shops, and of course, its quaint little alleyways.