I am awakened by the slow rumble of our train passing over a fairly lengthy bridge. Lifting the window blind only a little, so as not to awake the remaining occupants of our cabin, I discern through the condensation that we are rolling into Omsk, our first stop on day 3. The river we just crossed was the Irtysh, the chief tributary of the Ob. Outside, it’s a chilly 6C and the station clock resolutely reads 03:15 AM. The smell of burning coal fills the air. In the distance stands a steam locomotive, plinthed. It’s a bit of a time warp here at Omsk, and also a gentle reminder that we are now well and truly in Siberia. 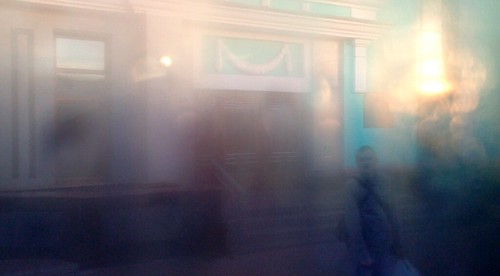 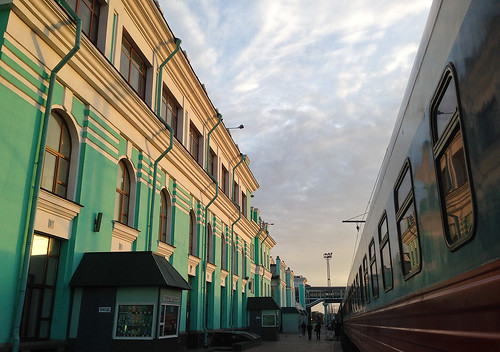 Back inside, the heat has been cranked up, making it almost toasty. I don’t mind it so much, since I was probably the most underdressed individual on the platform only moments ago! Speaking of which, I haven’t had a shower since the day we departed Moscow, so I muster up some courage, a few crucial words of Russian, and then proceed to negotiate with the Provodnitsa.

Toilets on the Rossiya are fairly well appointed, and kept remarkably clean throughout. They are even, pleasantly, devoid of odours. Having to wait for one is rare, and in the event that you do, thoughtfully provided indicators at the end of the vestibule apprise you of their availability, airline-style pretty much! So you can get by for most part, but if you are hankering a shower on this 7-day long adventure, that can be arranged too. A earmarked second class carriage on the Rossiya, includes within it a shower room for the crew. Approach the Provodnitsa concerned, mention the word dush, shell out 150 RUB, and you’re all set! 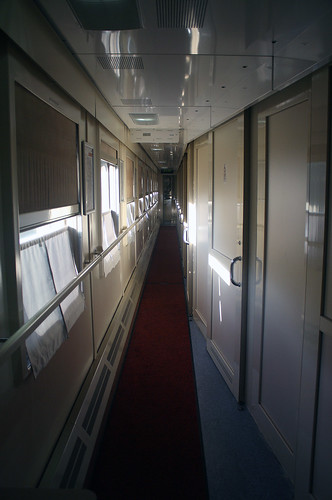 Eastwards from Omsk, it’s an endless march through the taiga, and with spruce and larch trees making up most of the forest cover, it’s the real deal this time! The monotony broken ever so often by the passage of a freight train. Not far from us lies the Kuzbass Basin, home to one of the largest coal reserves in the world, and that explains the significant jump in freight traffic today, with coal trains and tankers making up the bulk of our crossings en route to Barabinsk. 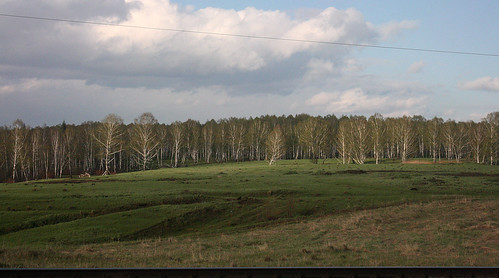 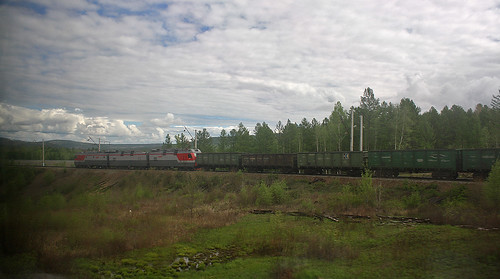 No doubt, there’s an abundance of wood in this region, and so log cabins are the order of the day. With severely underdeveloped roads, most of the habitat in these parts lies along the rail alignment, with little settlements popping up from time to time, a lot of them small logging towns. The houses vary in their degree of weathering, a lot of them abandoned altogether. The better kept ones sport a little vegetable patch up front, hemmed in by a neat fence, made of, you guessed it, logs! A lot many of the homes are painted in bright colours, seemingly to make up for their bleak surroundings in the never-ending Siberian winter. 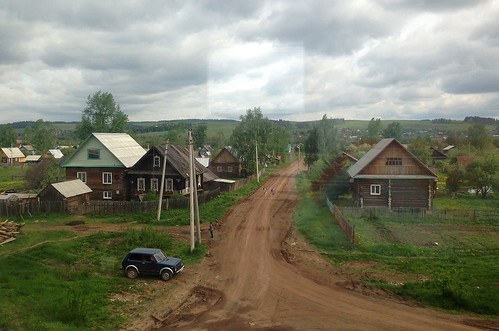 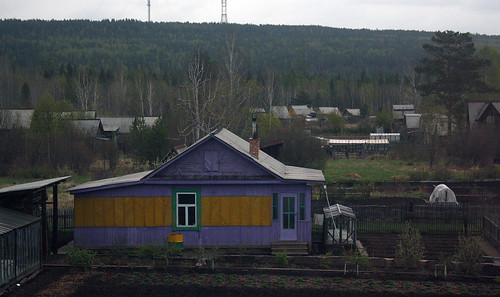 East of Barabinsk, its less taiga and a lot more steppe. The area, once the homeland of the Kirghiz people, is chock-full of little water bodies too, which helps considerably in switching things up on the variety spectrum. 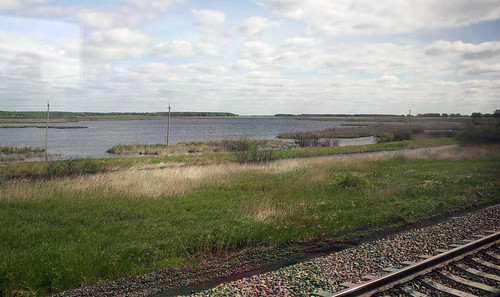 Short of Novosibirsk, we cross the Ob, through yet another impressive bridge. The fifth longest river in the world, the Ob originates just south east of Novosibirsk in the Altai Mountains, flowing northwest into the Kara Sea.

At Novosibirsk, the capital of Siberia, and the country’s third most populous city, we are joined by Vitaliy and Svetlana, a middle aged couple, headed to, we’re not sure where, just yet! They definitely appear to be on the shy side, only interacting with us when the lady needs to change (standard practice is to vacate the cabin) or when they need to have their meals (you give up your window seats for that purpose and mill about in the corridor). The rest of the time they appear perfectly content climbing on to their bunks and watching whatever the TV set spits out at them. No complaints though, we have the lower berths all to ourselves! 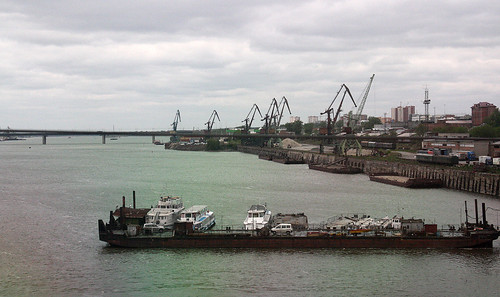 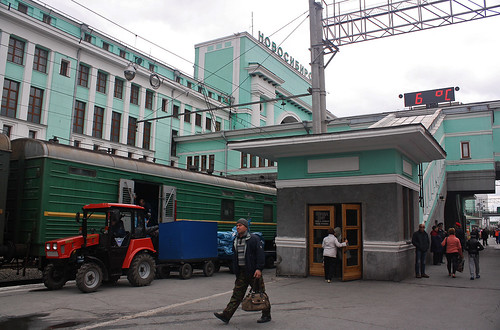 Amidst a plethora of passing freight trains comes a respite; a uniform blur of military green, the Trans-Mongolian Express, making its way westward to Moscow! The Trans-Siberian, Trans-Mongolian and Trans-Manchurian share the same route between Moscow and Ulan Ude.

If you haven’t already had your fill of the Taiga, there is actually a station by that name, about half way between Novosibirsk and Mariinsk! From here, a branch line leads to a more significant destination, Tomsk, one of Siberia’s oldest city’s, one that was sadly overlooked by the Trans-Siberian Railway!

Mariinsk, our last stop for the day, was named after Maria, the wife of Tsar Alexander II. A town that figured prominently during the Siberian gold rush, it boasts little more than a large railway yard today. And just for the heck of it, our locomotive gets swapped yet again! 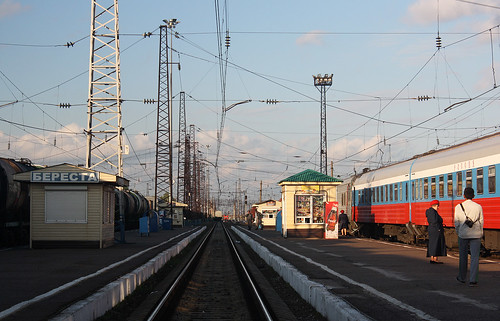 Next on the Rossiya Diaries: Baikal, the Sacred Sea