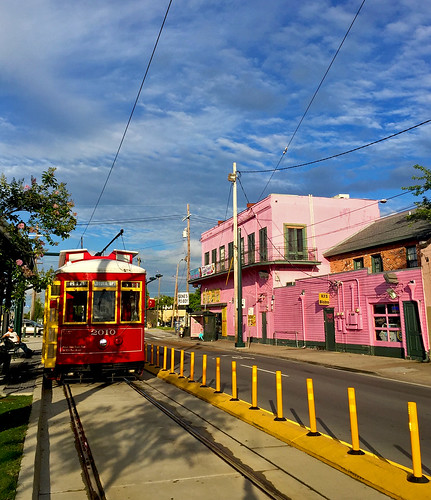 We’re in New Orleans to ride, you guessed it, another train. Not just any train though. Not even an Amtrak service this time – although technically, we would be riding behind one. We’re here to travel to Chicago on Art Deco beauty, Hollywood Beach, a private rail car, and a 62-year old veteran of the rails. 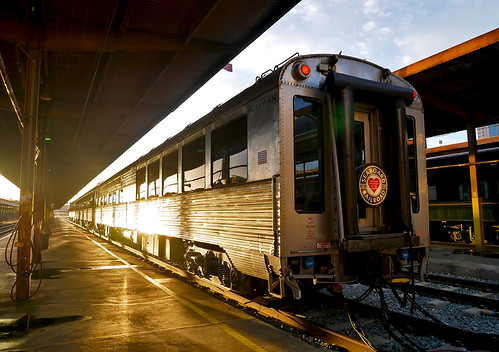 The original plan had been to ride a private rail car of some description, from Chicago to Oakland, behind the California Zephyr, and south from there to Los Angeles on the Coast Starlight; arguably two of the most scenic routes on Amtrak’s roster. Due to various complications, that itinerary never materialized. Instead, I was left with a non refundable airline ticket, and a day to spare. The latter, at least, never a bad thing, if New Orleans is where you happen to be. 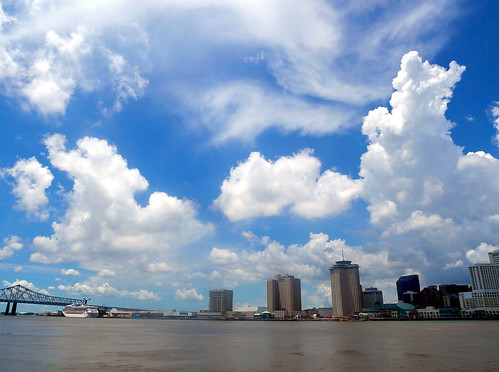 Happenstance, no doubt, but our journey on Hollywood Beach, would, in some ways, be a continuation of where we left of on our last trip, from Miami to NYC on the Silver Star.

Hollywood Beach began its service life on the prestigious Silver Meteor route, between Miami and New York. At the time, both the Meteor and the Silver Star were operated by the Seaboard Air Line Railroad. In 1967, ownership passed onto its successor, Seaboard Coast Line Railroad, with Amtrak eventually inheriting the two trains, and the rail car, in 1971. Hollywood Beach was retired by them a decade later, and private ownership ensued.

Despite going through an overhaul as recently as 2016, present day owner, Keith, has, thankfully, retained its original look, with the Silver Meteor and Seaboard Air Line pedigree more than evident across the exterior and interior. 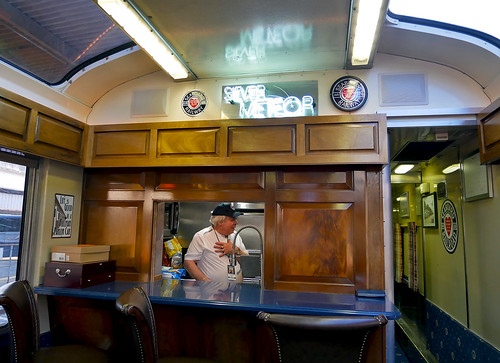 The route out to Chicago from here is a familiar one, the three of us having covered it around the same time last year. But if anything, that’s a blessing. Instead of worrying about the many sights and points of interest we might miss along it, we can instead focus on enjoying the private rail car experience for what it is. There is the odd exception, of course – Lake Pontchartrain! Its grandeur almost impossible to ignore. 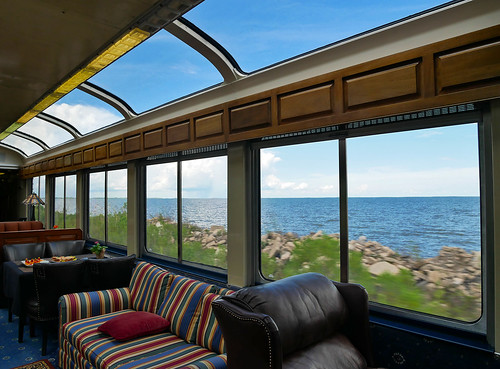 Hollywood Beach, a “sleeper-lounge” by classification, is a self sufficient private rail car. Solarium and accommodations apart, it also features a kitchen. Compact but serviceable. And for the past hour or so, both Keith and his wife, Patty, owners and hosts all rolled into one, have been busy prepping for a late lunch service onboard. This is the first revenue-earning run for Hollywood Beach, and obviously there are kinks to be ironed out by them, but so far, we have little to complain about… 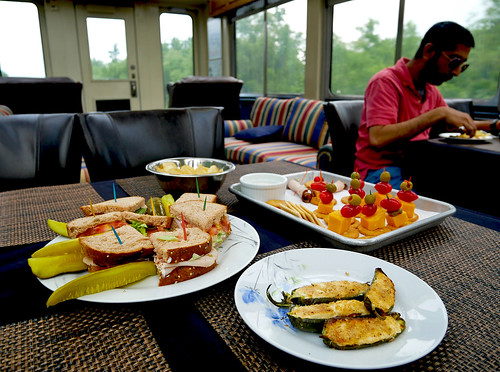 In 1956, taking into account the lower clearance of tunnels in the northeast, Pullman Standard was tasked with designing a single level lounge car, that captured the unique ambience of a dome car. Only three such cars were ever built, as part of a custom order for the Seaboard Air line Railroad; the other two aptly named Miami Beach and Palm Beach. Of the three, only Hollywood Beach survived. 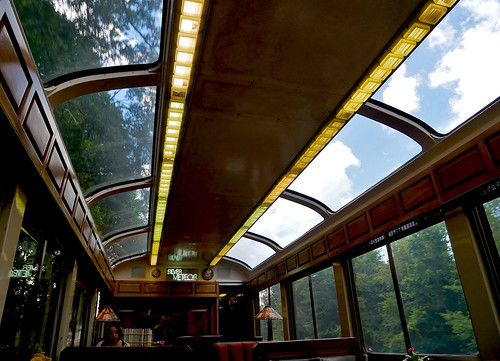 If the solarium’s glazed roof or full height windows haven’t captured your attention sufficiently, then the floor to ceiling observation windows certainly will. This time of year, especially, the southern states serve up a lush green canopy, and its a truly mesmerizing experience watching, as marker upon mile marker gets swallowed up, and little towns disappear into the horizon… 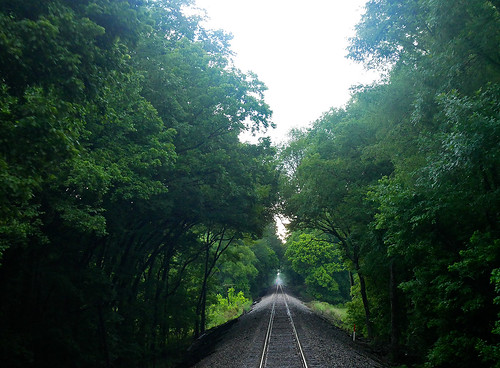 Accommodation onboard comprises five bedrooms; a master bedroom, followed by four smaller ones, with alternating sleeping arrangements (transverse and longitudinal), and the option to convert each pair into a larger room. Ensuite toilets are standard, and a shared shower at the end of the car rounds up the amenities. All told, providing for ten people on board. We’re going to be one shy of capacity on this journey, and since I was one of the first to board, I’ve ended up with my own little nook. 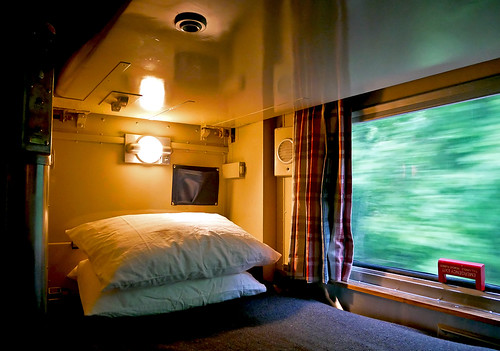 We take on three more passengers at McComb, MS., so there’s nine of us on board now, but amazingly, the car doesn’t feel crowded at all. As customers on his first commercial trip, Keith‘s got a mix of rail enthusiasts like us, and people who work in the railroad industry. No doubt, he’s hoping to expand his reach in due course.

More importantly though, he, and other private rail car owners like himself, have an uphill battle with Amtrak’s new boss; an ex-airline CEO seeking “efficiencies in operation”. The same gent effectively responsible for having our original itinerary scrapped.

Greenwood, our last station stop in Mississippi is next. We step off the train to stretch our legs, and continue our discussion on the future of private rail cars. With almost 200 of them scattered across the continental U.S., its going to be interesting to see how this all plays out. 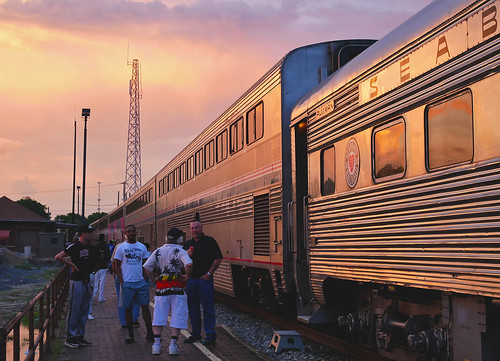 After what’s been a largely overcast day, with a wet spell in between, we pull out of Greenwood against the backdrop of an incredibly dramatic evening sky. 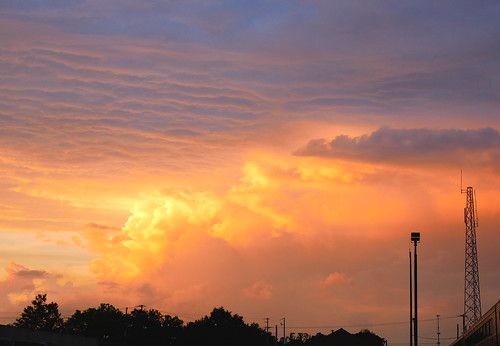 A climate-controlled interior is great, no doubt, but every once in a while you need a blast of fresh air, and the clickety-clack that accompanies it. The dutch doors on board provide just that. The cool evening breeze is a welcome respite from the aircon, and we watch as twilight gradually gives way to darkness. 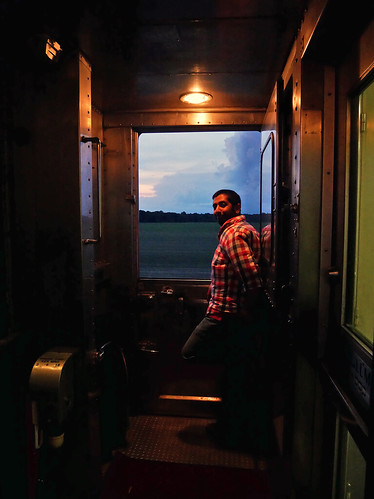 The aroma of freshly brewed coffee greets me as I make my way down the corridor. Its close to 7 in the morning local time, and we’re making steady progress through the plains of Illinois. Basking in the warm glow of the rising sun, the solarium is yet again the place to be, and there are plenty of coveted spots for the taking. 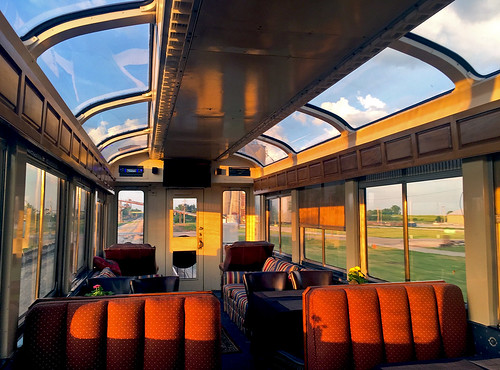 Champaign, IL., is our first stop in the morning, and from there on, the outskirts of Chicago pass us by in a blur of freight trains, small industries, and railway junctions. Before we know it, we’re trudging across the iconic St. Charles Air Line bridge, spanning the south branch of the Chicago River, with expansive views of the skyline beyond. We’re going to be early at Union Station… 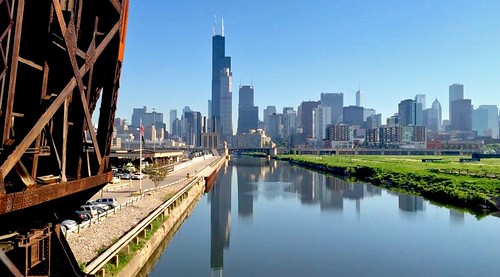 We come to a stop a mile or so west of the bridge. The conductor of City of New Orleans, the Amtrak service we’ve been attached to thus far, now boards Hollywood Beach, to oversee proceedings, as we push back into Union Station. Quite easily one of the grandest entries into any portal, its a fitting end to our 934-mile (1500-km) journey from New Orleans.

Keith, and Hollywood Beach, still have a ways to go before they’re home. They’ll be headed south tomorrow to St.Louis, MO., behind Amtrak’s Lincoln Service. For the rest of us, its a relatively quick flight home, and the end of a truly memorable Memorial Day weekend.

A full set of pics from the trip can be seen on my Flickr.