The clock advances to 06:27 and on cue, train 667 comes to a halt. On the wide main platform outside, dozens of people are waiting for family and friends to alight – its quite the reception party. Past the station building, passengers make their way through a sprawling plaza towards the parking area, to city buses and rickety old trams. We are the first arrival for the day, and Komsomolsk-na-Amure is slowly coming to life. 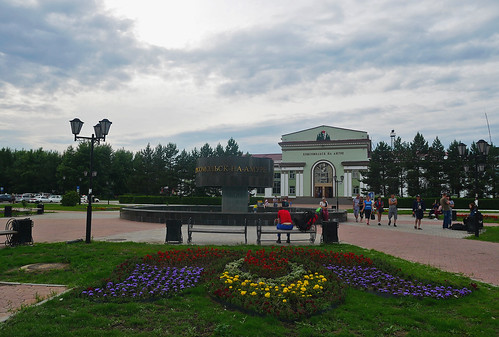 Its a 15-minute walk to the Voskhod Hotel, and checking-in early is hassle free, the front desk staff opting to hold on to our passports and take their time making umpteen photocopies, while we go about our business. We’re showered and ready, and back down in the lobby by 9 AM, and Olesya is already there waiting for us.

A month or so ago, SK had left a message on the Russian equivalent of Facebook, seeking out locals who might be up for showing us around their town. Olesya was nice enough to respond, and so here we are at the Voskhod, sharing plates of Millet Porridge, Beef Liver and Blintzes, and stories about our very different lives.

Given that its pouring outside, we make breakfast a long-drawn-out affair, eventually leaving the dry confines of the hotel by 10:30. The Voskhod lies just north of Prospekt Lenina, and right in the middle of that thoroughfare we brave traffic, waiting for Tram #2 to arrive. 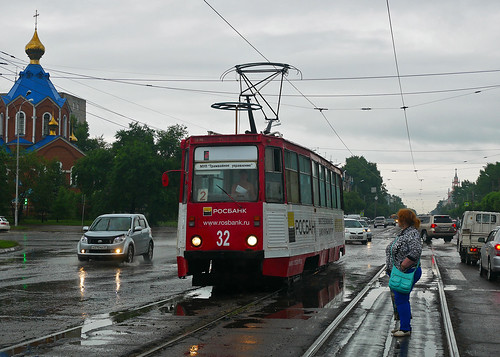 Initially running east, Tram #2 eventually turns south at Ploshchad Mettalurgov, a wide plaza ringed by Soviet-era government buildings, onto Prospekt Mira, the city’s main north-south drag. We pass Lenin Square, where, for a change, the statue of Lenin is a lot less imposing or conspicuous than the charming neoclassical building that frames its north end. 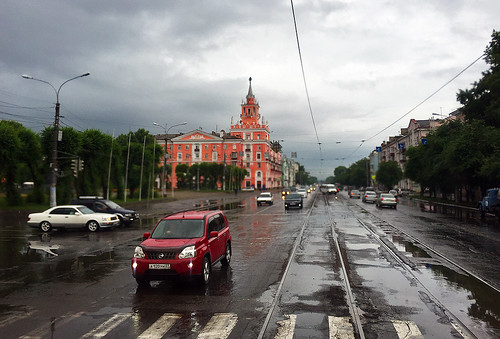 Unlike in Khabarovsk, the rest of this main drag is far less commercial, made up instead of fairly similar looking, albeit colorful and well kept, four to five storey apartment buildings, probably unchanged from the time they were built. 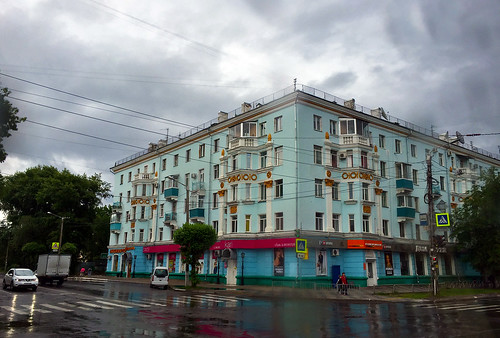 Tram #2 ends its journey at the Amur River front, and not surprisingly, we’re the only passengers to alight. An uninspiring blob of a building makes up the river terminal here, although there’s absolutely no sign of any ferry service around. A wide promenade runs its length, flanked by a rocky beach on one side and a strip of sand on the other. Further upstream, shipping cranes loom large, the tell tale signs of industry. You don’t want to fish or swim in this part of the Amur, Olesya warns us. 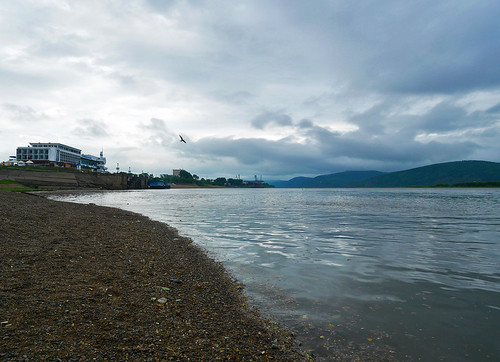 A large metal relief adorns one of the facades at the River Terminal, with the year 1932 inscribed on it. Less than a century old, Komsomolsk, much like Khabarovsk,  was chosen for its convenient location on the Amur. And given that it was at least a few hundred kilometers north of the Chinese border, and sufficiently removed from the Pacific, Stalin saw in it the ideal setting to situate factories that would feed the Soviet Military for decades to come. 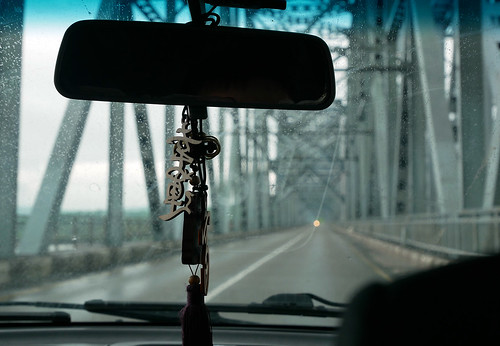 Peeling off the main highway, we enter a delightfully lush and windy country road. We’re headed to the indigenous village of Verkhnyaya Ekon, and there’s hardly a vehicle or person in sight. A cool breeze blows from the south, and gentle rain follows suit; the verdant setting combining to give it an Indian monsoon-like feel.

The paved road ends just shy of the village, and we make a sharp turn west onto a dirt trail, revealing the Amur once again. Colorful wooden homes and their adjoining vegetable patches dot the hillside, which slopes down to meet the river. Part fishing village, part retirement community for ex military men, Verkhnyaya Ekon is incredibly tranquil and pretty. As we soak in the scene, it quickly dawns on us that this slice of country life we’re experiencing, would never have been possible without our newfound local friends. 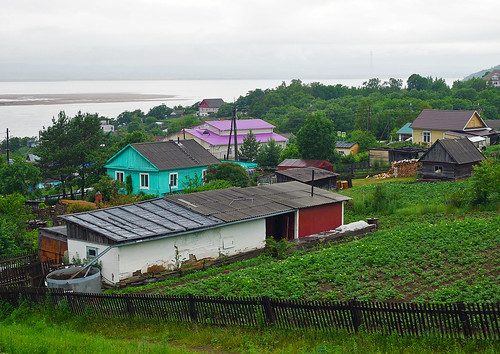 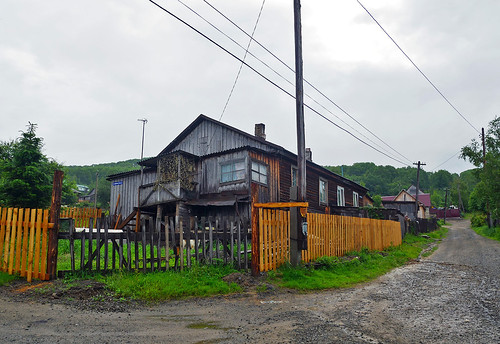 Back in Komsomolsk, as we’re driving through the city center, our attention is drawn towards three imposing columns, with an eternal flame burning to their side. It’s a memorial to the residents of the city who died fighting in the Great Patriotic War. Set on a wide plaza, the memorial includes an intriguing Mount Rushmore-like stone monument on one side and a grove of trees leading to a memorial bell on the other. Rather matter-of-factly, Kirill takes a shot at it. 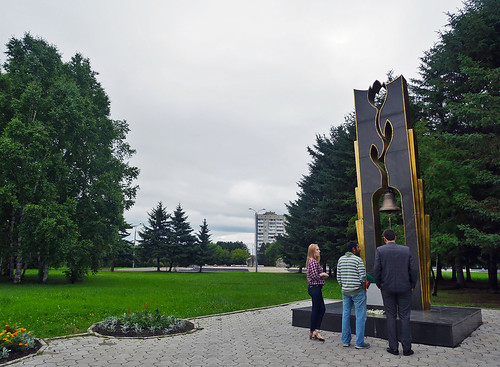 Olesya‘s keeping time today, and she uses the deafening gong as the perfect cue to march us off to our next stop, the Municipal Museum of Regional Studies. There, she’s already arranged for a docent to give us a 90-minute guided tour of the museum’s two floors. As our guide gets into it, pointer in tow, describing each exhibit in tedious detail, Olesya and Kirill dutifully translate for us… 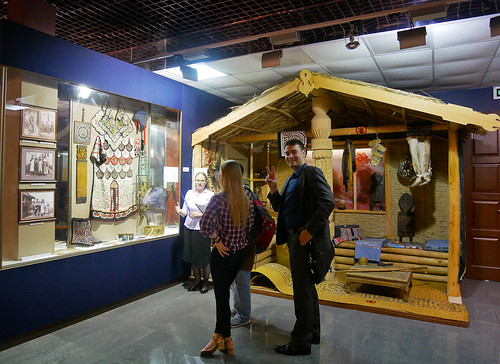 The museum turns out to be extremely informative and well curated, with the first floor focussing on the Nanai, the original inhabitants of this region, and the second floor showcasing contemporary Komsomolsk history; the industrial origins of town, the communist youth league (Komsomol) Stalin enlisted to build it all, and finally, a special exhibit recognizing the manufacture of Sukhoi aircraft in Komsomolsk, the largest such enterprise in Russia. 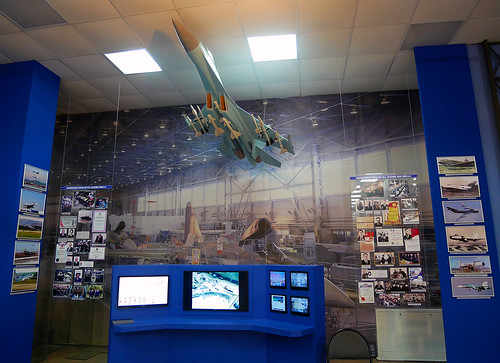 Next stop: late lunch at Olesya and Kirill’s local Italian spot; followed by a quick stop at their preferred supermarket, to pick up supplies for our journey. Then, like clockwork, we’re back at the Voskhod, with about an hour to spare.

Goodbyes are tough, and this one especially so. Olesya and Kirill have gone above and beyond to show two complete strangers their lovely city. Olesya, on her second to last day in Komsomolsk, prior to moving to Harbin; and Kirill, who works in the military, and had taken the day off to show us around. Two of the nicest, friendliest and most selfless people you’re likely to meet. They’ve won our hearts and we will be forever grateful.

And before we know it, we’re back where we started this morning, on the main platform of Komsomolsk Station. Train 363, the all stops to Tynda beckons… 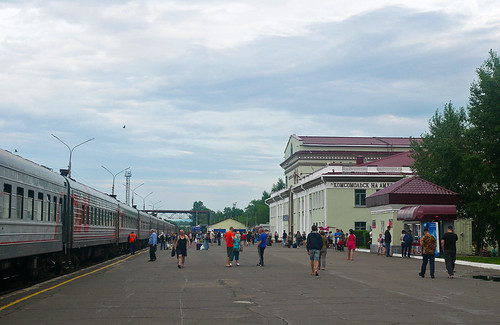 Only this time, our digs are a lot more humble, and, horror of horror, the aircon isn’t working! Or maybe our carriage is simply devoid of it? 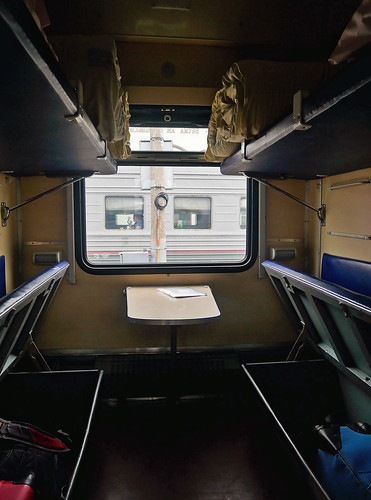 We set off from Komsomolsk but nothing changes. Its hot, still and almost claustrophobic in our cabin, with the louvers doing precious little to cool things down. We strain our ears, hoping to hear the compressor magically turn on. We stare longingly towards the ceiling vents. Nothing.

The Provodnitsa shows up soon enough, with what appear to be forms. Possibly compensation for the lack of air conditioning? No such luck – she’s busy touting lottery tickets! And while we haven’t gotten to know any of our cabin mates or fellow travelers thus far, its fairly obvious that they’ve already resigned themselves to their fate. 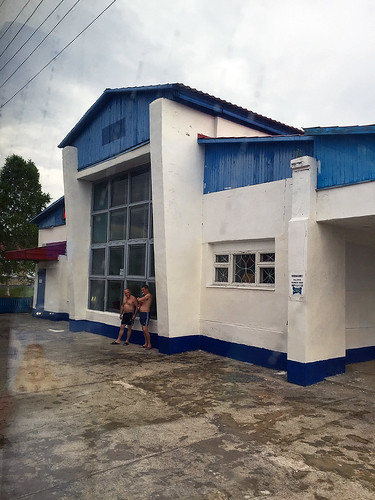 Outside though, things are looking up a fair bit. After whats been a rainy and overcast day, its turning out to be a glorious sundown. A sort of silver lining, if you will… 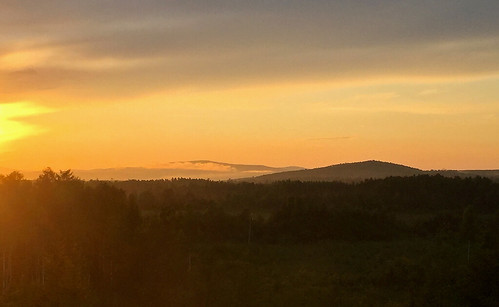 Next on the Magistrale Diaries: Stalin’s Dream

A full set of pics from Day 2 of our trip can be seen here.

2 thoughts on “Magistrale Diaries: The warmth of Komsomolsk”