We awake, all groggy-eyed and hungover, as the Rossiya trundles across a long bridge. Beneath us flows the River Amur, and the rail bridge, no less than 2.6-km of it, is the longest one in Russia. It carries a roadway above it too, and features prominently on the 5000 RUB note! 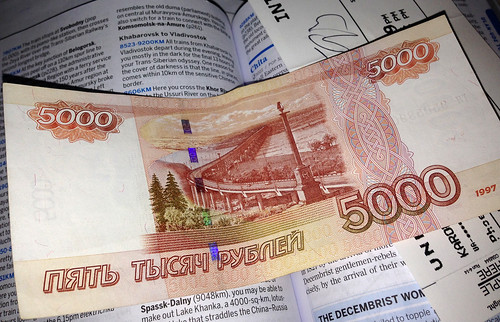 If guidebooks are to be believed, there’s also a 7-km long tunnel under the Amur, “secretly” completed during the Second World War. We do eventually pass through a tunnel ourselves, a few minutes later, whose location amongst fairly flat terrain seems rather odd. But that might well be to conceal the merging of the tracks from the tunnel and those coming off the bridge. Not surprisingly, it isn’t lit!

Set up in the mid 19th-century as a Siberian military post, Khabarovsk‘s biggest claim to fame, other than its convenient location by the Amur, is that of being the coldest city in the world, inhabited by over a million people! With only 4 platforms to its credit, Khabarovsk isn’t quite as large a station as I’d imagined it to be, but its main building is certainly impressive. Maksim and Vladimir leave us here, as do a significant number of top military brass. 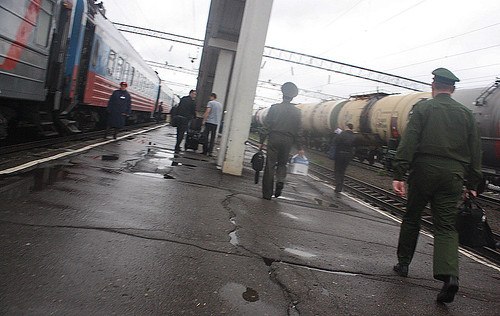 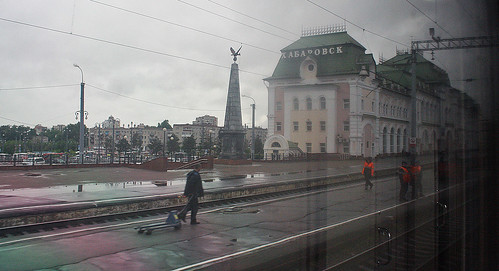 It is chilly outside, overcast, and rather foggy too, as we leave Khabarovsk on a southward path. The Rossiya is still a good 90-minutes behind its advertised time, and we have moved into the last of Russia’s nine time zones, Moscow+7. The Taiga too is well behind us now, replaced by fairly nondescript flora, but the land around is very well irrigated and everything appears a verdant green. 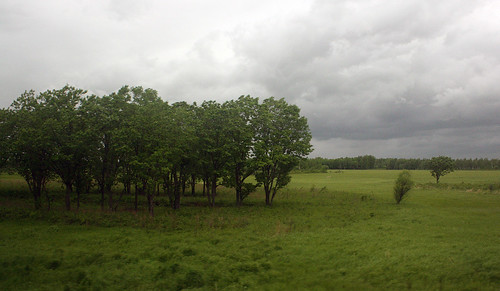 A spot of rain as we cross the Khor River, which flows into the Ussuri on the China border. Till as recently as ’84, islands along the Ussuri were the cause of significant tension between both countries. At various points along our route today, we will be no more than 10-km away from the international border!

At Vyazemskaya, where it begins to rain again, vendors selling Salmon Caviar make a beeline for our carriage. I’m tempted, but its probably still too early in the day, and I’m not sure how my stomach will deal with fish eggs, and significant traces of alcohol from the night before! 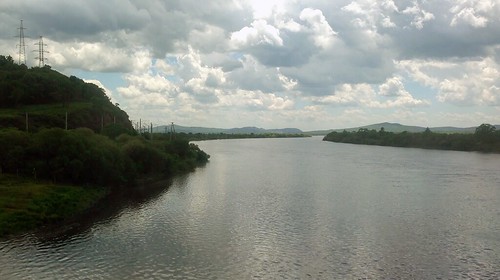 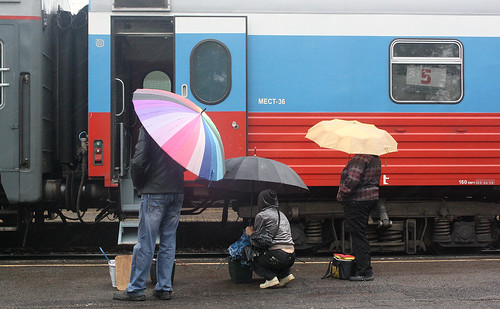 South of Vyazemskaya, mountains appear on both sides of the rail alignment. The landscape is incredibly lush here, almost Indian monsoon-like, the greens popping despite the prevalent gloom. Its likeness to the Indian monsoon isn’t far from the truth either – the Pimorsky Territories, which we are passing through, are home to the northernmost monsoon forests in the world! 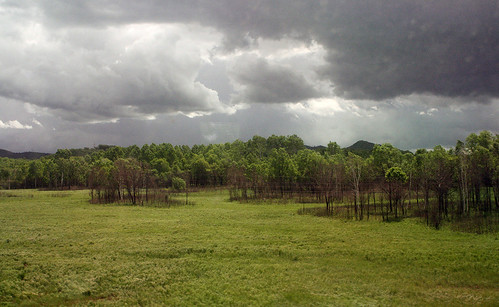 The sun puts in an appearance closer to Bikim, and shortly after, the westbound track (technically northbound at this point) disappears from view. We now cross the Bikim River, and will follow its course for the next 10-15 km. The westbound alignment reappears a few km downstream, crosses the river and rejoins us. I can’t seem to fathom what necessitated that dramatic split! 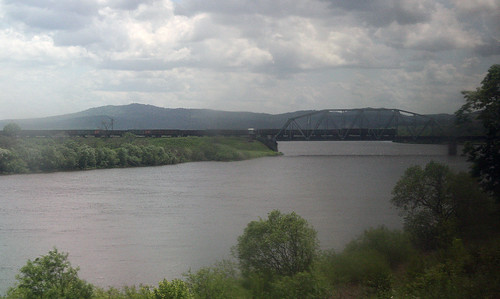 By the time the river moves away from view, the sun is out in full force. The mountains seem to have receded too, and to our west, the countryside is virtually flat. To our east, swamp makes up most of the foreground, with not a tree visible till the distant hillsides. We must be extremely close to the international border at this point, cause my phone has just picked up a Chinese cell tower! 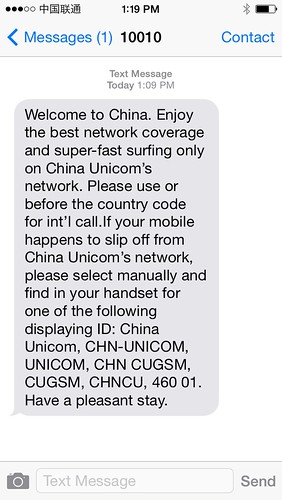 Its close to lunch time now but the Finns are yet to emerge from cabin #4! As we’ve run out of our own food supplies, we head to the dining car for what would be our last meal on the Rossiya. As I proceed to order another serving of Borscht, the foothills of the Sikhote Alin Mountains appear in the distance. 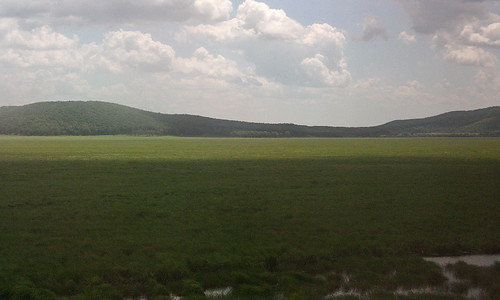 Lena finally gives us a smile as we leave, and the dining car manager shouts out “good luck” in a thick Russian accent!

Late afternoon siestas are a luxury these days, but this one couldn’t be better deserved, and having one on a gently rocking train certainly beats them all! I awake, all refreshed, as we pull into Ussuriysk, and to our pleasant surprise, we are only running 25-minutes late! The Rossiya does not have a great deal of slack built into its schedule, so the sense of urgency in getting us to our final destination on time, seems more apparent than ever before. 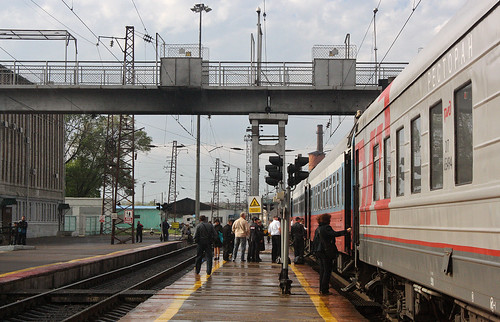 It begins raining for the third time today and fairly hard too! We can hardly believe it ourselves, when the sun breaks through quite suddenly, and leaves in its wake, yet another double rainbow! That’s 3 evenings out of the last 4 that we’ve had one – you couldn’t possibly do better than that! 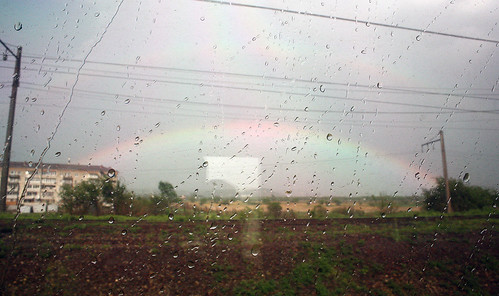 To our west, an unidentifiable river creeps up alongside, and shortly after, the branch line to Harbin crosses it, heading off in the direction of China. Thick marsh envelops both sides of the rail alignment, and the late evening light shines brilliantly on it. 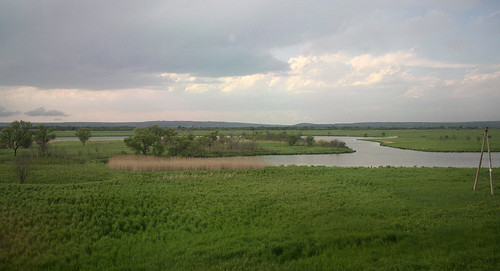 We get our first glimpse of the Pacific when the waters of Amursky Bay come into view. From here till our final stop, we will follow the curves of the hilly Muravyov-Amursky peninsula, on who’s southern tip lies the city of Vladivostok. In places, the water comes right up to tracks edge, and all along the way, anglers can be seen on tiny strips of sand, with others out in little boats. It’s a pretty sight for sure, and a beautiful time of day to savour it. 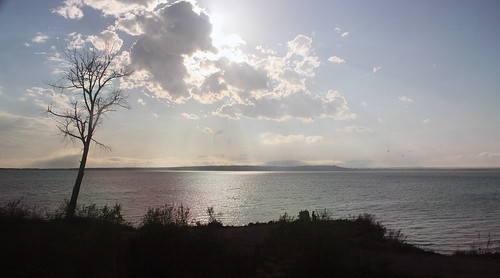 A very long, and extremely low road bridge is passed, which straddles the bay, and connects the peninsula with the Russian mainland. 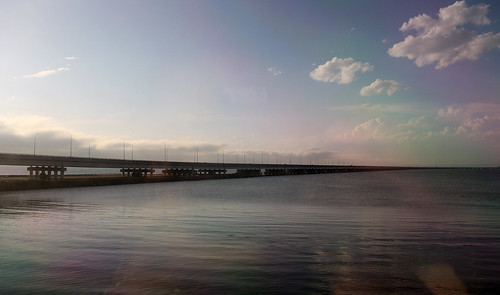 Oil reservoirs, merchant ships, a little marina, and the first of many concrete apartment blocks signal the arrival of the big city. We weave our way through the outskirts of town, to finally pull into Vladivostok Vokzal, precisely 7-minutes late. It’s 13:17 Moscow time, 20:17 local time. Six nights, 7 days, 8 time zones, and some 9288-km later, we’ve finally done it. A big one checked off the bucket list! 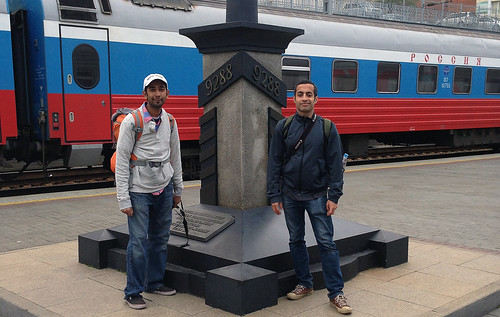 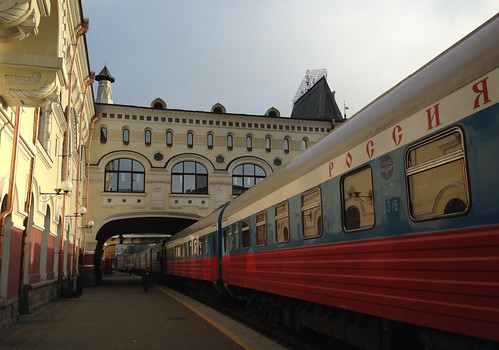 Next on the Rossiya Diaries: To Conquer the East

One thought on “Rossiya Diaries: Khabarovsk, and the push South to the Pacific”