Providenciales, or Provo, is where you’ll typically fly into, if you’re visiting Turks and Caicos. And chances are, you’ll probably end up staying in the Grace Bay area, home to a namesake beach, which more often than not finds itself at the top of worldwide rankings. That is, of course, if you have the resources, and are willing to shell out top dollar. Most people traveling here, it seems, do have the means necessary. But what if your pockets don’t run so deep? The good news is, a visit here is still feasible, and, as it turns out, a lot more exciting… 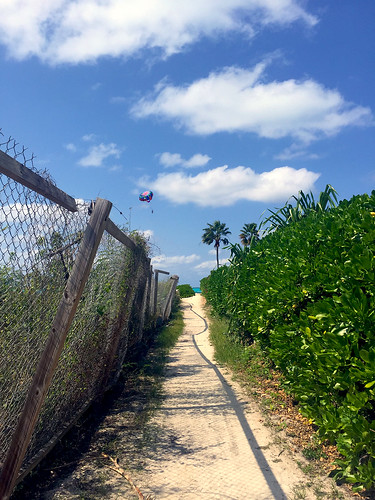 Depending on what time of year you’re visiting, flying into Provo can be expensive, but look around for mileage deals – you’d be surprised with what you find, even in high season. Once you’ve sorted out your flights, find an Airbnb. Make sure its well clear of Grace Bay, and lastly, rent a car. North American drivers beware – the Turks and Caicos Islands or TCI are a British territory, which means you drive on the left. Complicating matters a tad more is the fact that left-hand drive and right-hand drive vehicles exist side by side, more often than not, stick shift. It can be a bit disorienting.

For my part, I’ve found an Airbnb in Thompson Cove, located only a few miles north of the airport. Set off to one side of a beautifully designed house, my room offers plenty of privacy, is well appointed, with its own little balcony; a couple of friendly canines and a feline for company, and wonderful hosts to boot. Literally steps from the beach, with kayaks and snorkeling gear available for use, and a sun-drenched deck overlooking a network of canals, house #7 on the aptly named Beach Street, is everything I could’ve hoped for and more. 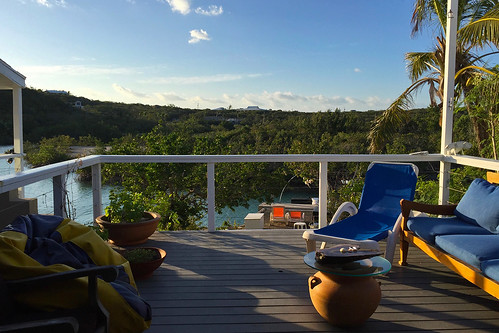 Taxis are few and far between on the island, with flat fares costing upwards of $20 each way, sold on a per seat basis. Do the math for a couple headed out to dinner one night, and it won’t take you long to realize the benefits of a rental car in these parts. The other big advantage – exploring parts of the island you’d never end up visiting, like this desolate but stunning State Park located in the northwest corner of Provo… 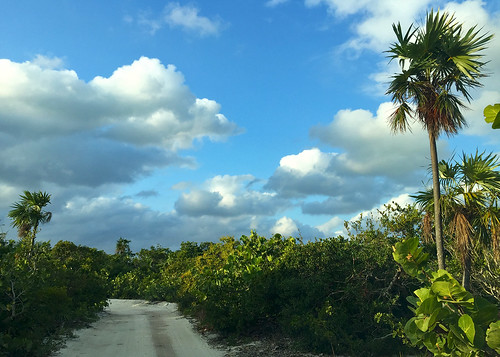 Its as far removed from the throngs of loud American tourists as can possibly be. In fact, there’s no one here but us. Little known to many, this remote western coast of Providenciales is also one of the best places for birdwatching on the island. We walk almost a mile along pristine sands to the eponymous tip of the island, where a rugged limestone coastline – known locally as ironshore – meets the calm waters of the Caribbean. We’re just in time for magic hour. 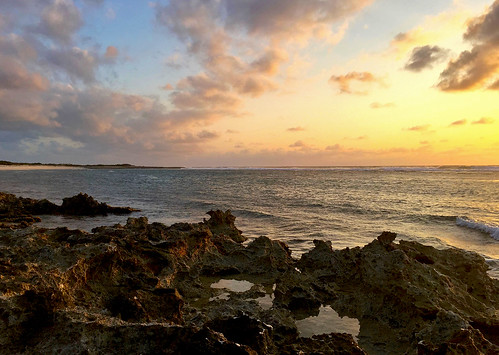 As exclusive as Grace Bay and its surrounding areas might appear, there are no private beaches anywhere within the Turks and Caicos. Every resort is expected to provide beachfront access to the public, and most have made their eateries and watering holes open to visitors. So while you may not have a personal concierge at your beck and call, you can still pretend to be a Grace Bay resident for a day.

Breakfast, at the Grace Bay Club, is a good place to start. It does help, of course, that I have family staying there, and in the absence of island establishments serving the most important meal of the day, it makes perfect sense too. Sure it comes at a slight premium, but the spread is generous, and the views more than make up for the price tag. 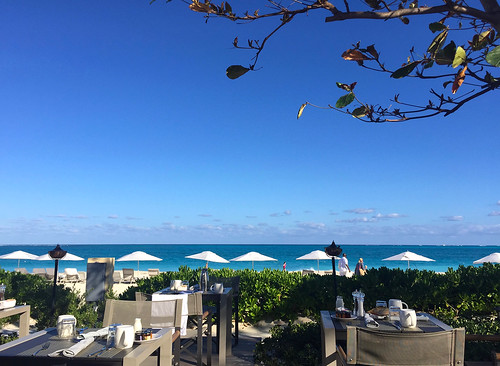 Caribbean Cruisin is one of two companies that provide ferry services to neighboring islands, and after breakfast, we head out on one of their boats towards North Caicos… 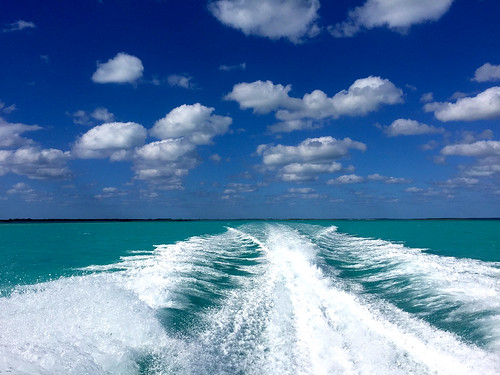 Auto ferries do not operate between any of the islands in TCI, which means you have to rent another vehicle once you get to any of them, if you have any hope of exploring the area i.e. Having seized on that opportunity, the ferry companies themselves provide fairly inexpensive rentals, once you’re ashore. If you want to save a little more, book in advance, and ask for the ferry + car rental package.

Other than a largely untouched coastline, North Caicos has little else to boast of. A lone gas station, a handful of provisions stores, and a couple of restaurants. Last Chance Bar & Grill is, as the name suggests, your last dining option on the island as you head east. Run by a very accommodating expat couple from Florida, it sits on a bluff in the most idyllic of settings, and it couldn’t be more inviting. 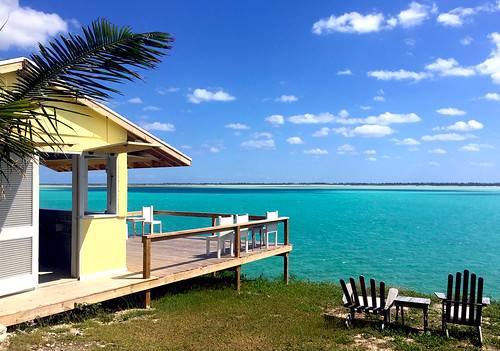 Apart from the occasional overgrown shrub impeding our passage, the roads in North Caicos are in mint condition, and a 30-minute drive from the ferry pier brings us to the eastern end of the island. Here, a causeway, just over a decade old, takes us across to Middle Caicos. 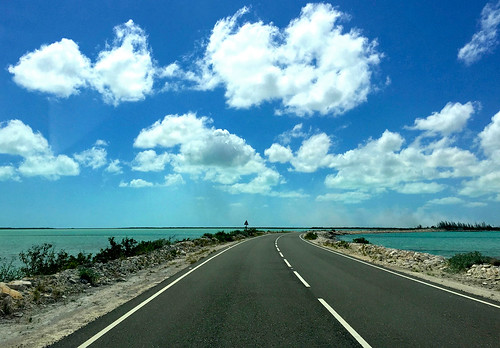 The largest of the eight inhabited Turks and Caicos islands, Middle Caicos is, in fact, its least populated, with only 168 residents to its credit. And if you choose to stay on it, Dragon Cay Resort is your only option. Its not a bad one either, what with only seven cottages on the sprawling property, and its own little restaurant, Mudjin Bar & Grill. Off to one side of that eatery is a scenic cliff walk that runs much of the length of the craggy bluff the resort is situated on. On the other side lies the very picturesque Mudjin Harbour Beach, and a little rocky outcrop known as Dragon Cay, from which the resort gets its name. 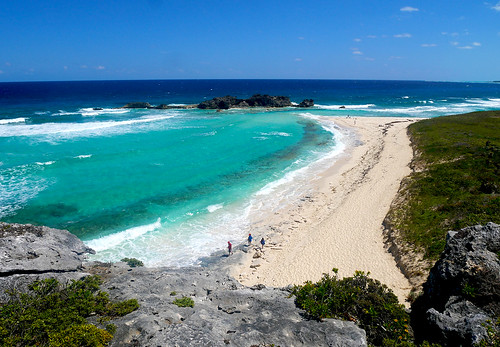 A few minutes east along the main island road brings us to Indian Cave, a large single gallery cave with many openings and skylights, which, it is believed, was once inhabited by the Lucayans, pre-Columbus indigenous people, who’s numbers were quickly decimated once the Spanish arrived. 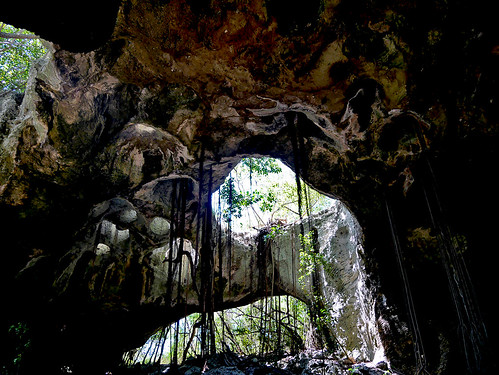 There’s an old airstrip not far from the caves, which was probably abandoned once the causeway was built. Further along we’re told to look out for ponds full of Flamingos, but so far we’ve seen squat. We now wander down a dirt road in search of old plantations – the islands were once home to extensive cotton and sisal estates – but there’s not a trace of them around, and sadly, no signage to help point us in the right direction either. So we do the next best thing and make our way to Bambarra Beach, another spectacularly secluded strip of pristine white sand, fronting tranquil turquoise waters… 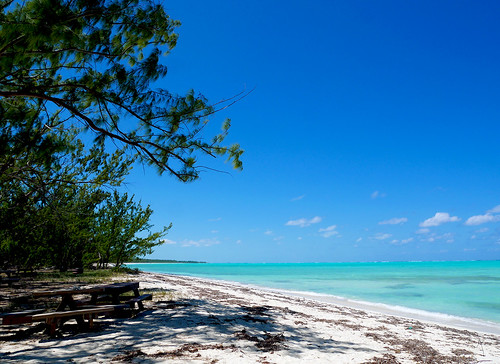 The namesake hamlet of Bambarra boasts a fairly run down church, and a handful of homes. Its also the last settlement in Middle Caicos as you drive east, with a rather ominous “road ends” sign just yards from the water. Lorimers’ Landing, another idyllic setting, marks the eastern tip of the island, with East Caicos visible across the bay. 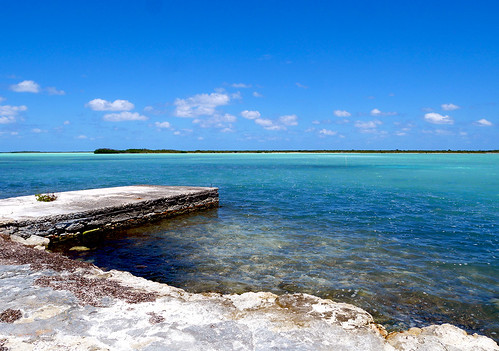 Back in North Caicos, we were hoping to make it for a local music festival, but we only have time for a late lunch, and we’re going to have to settle for Barracuda Beach Bar, another picture perfect oceanside setting, with a simple menu, chilled beers, and plenty of sunshine. Oh, and zero crowds. I-ain ga-lie, it doesn’t get better than this! 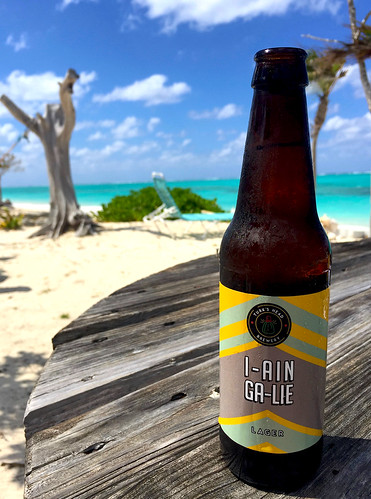 Just about to hop on to the ferry back to Provo, I hear my name being called from the top deck. Who on earth would know my name in North Caicos of all places, I wonder. Turns out, its a friend I made on a considerably larger vessel, some months ago, en route to Antarctica. It truly is a small world. She joins us for dinner that evening at Cocovan, a gorgeous al fresco venue in Grace Bay, centered upon a ’74 classic Airstream. 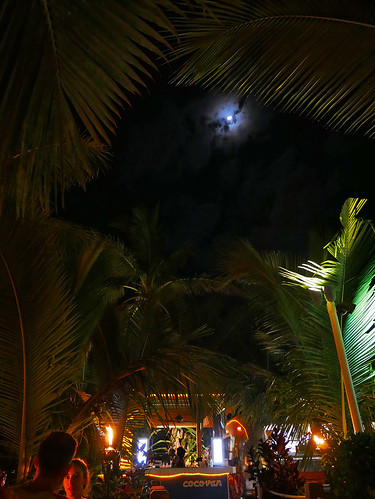 On my morning run along the beach at Thompson Cove, I have local canines for company. The heat and humidity is clearly something I’m not yet accustomed to, so I can barely keep up with their enthusiasm. I stop occasionally to catch my breadth, and a glimpse of mother nature’s fury – the damage from Hurricane Maria still evident along this beautiful coastline. 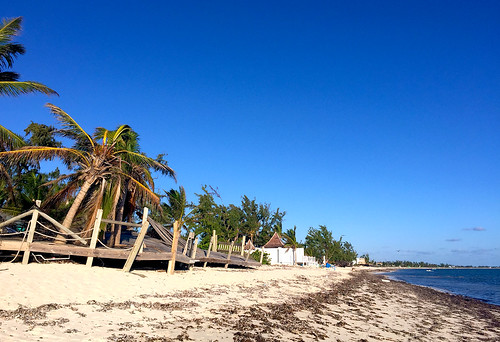 I head out to top up my rental’s fuel tank. Gas, at close to $6 a gallon, is crazy expensive in these parts, but luckily, I’m driving an incredibly efficient Japanese compact, and after 3-days of driving up and down Provo, my fuel bill is only $15. Suitably pleased with that outcome, and as a last jaunt on Provo, I drive towards the south west of the island, following a long windy road to Chalk Sound National Park. A highly scenic natural lagoon, the sound features brilliant turquoise water dotted with hundreds of small rocky islands. Its an incredible last impression to leave Turks and Caicos with, and I so wish I could linger to savor it some more… 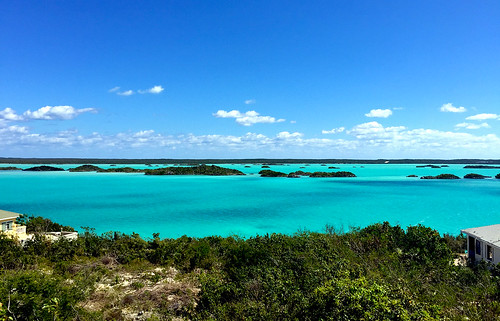 The second floor at Providenciales International is one of the most fun places to hang out at an airport. A partly covered deck, fueled by a bar and cafe, and expansive views of all the comings and goings beneath, it’s a great place to watch the well heeled arrive on their Gulfstreams; private jet arrivals here outnumbering commercial airliners 2 to 1. From this vantage, sure, the Turks and Caicos does appear as the preserve of the rich, but there’s plenty to go around for the rest of us too 🙂 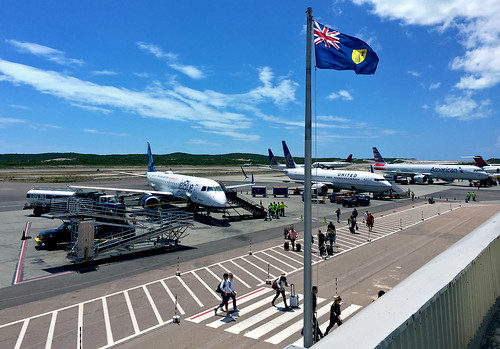 A full set of pics from my visit to TCI can be seen on my Flickr.

One thought on “Provo, and then some”