Estación Retiro is a particularly pleasant place to embark on any journey. Its century-old shed is evocative of an era of steam locomotives and grandiose rail travel. It’s a different matter though that only commuter trains originate from here today, and I’m headed out on one of them, merely 30-km north of the city. While the station has remained largely unchanged, the trains themselves have been upgraded considerably since I was in BA last, and mine is made up of Chinese-built carriages, offering an exceptionally smooth ride. 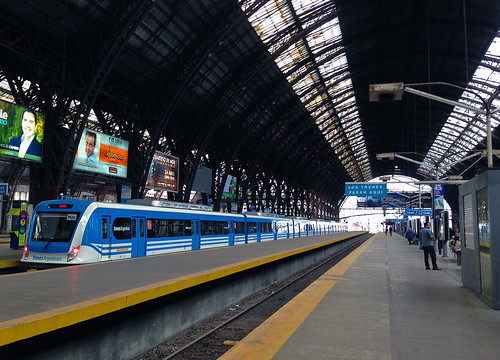 Two stops out and we’re past the Capital Federal perimeter (the core of Buenos Aires). As we head further north, the suburbs get even prettier, with conventional barrios giving way to plush enclaves, Olivos, San Isidro and Martinez, to name a few. Adequately separated from the railway alignment, their tree-lined streets and upscale homes are easier to appreciate too. An hour after leaving the bustle of Retiro, we pull in to the sleepy little station of Tigre.

Since the time it was settled, back in the early 19th-century, it has been the weekend getaway of choice for Porteños. And at 30 cents for a single train ride, it continues to be accessible to one and all. Named after Jaguars that were once hunted in the area (the town seal still bears the face of one), Tigre serves as the gateway to the Paraná River Delta. 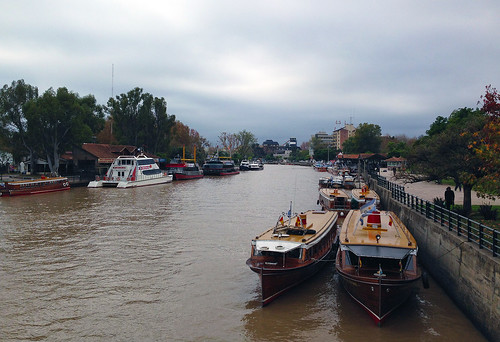 Estación Fluvial is your starting point if you’re headed in to the Delta. A short walk from the train station, it has a well-staffed information office; a handful of bodegas and a solid panadería on its premises. Individual boleterías dispense tickets for the three companies operating passenger boats, serving communities deep within the Delta.

Second in length only to the Amazon, the Río Paraná runs its 3000+ mile course through Brazil, Paraguay and Argentina, before emptying out into the Rio de la Plata. All told, its basin spans an area over 5000 square miles, so understandably, a lot of that is uncharted. Even so, journeys on scheduled routes can be as long as 90-minutes! And they’re all done on Lanchas, beautifully crafted vessels dating from the 40s, most of them sporting mahogany wood hulls. 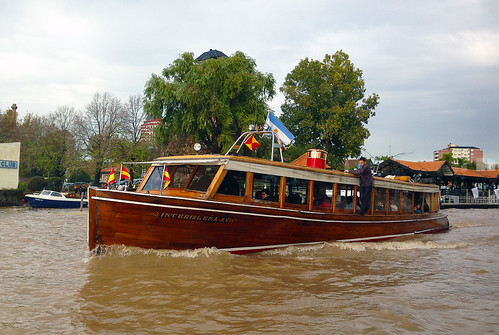 I’m on the 4:30 pm Interisleña service out of Tigre, headed for an overnight stay on arroyo Espera. The ride there is about an hour long, with the lancha making frequent stops to dislodge its full complement of passengers. It’s a beautiful evening to be out on the water, and as the boat makes its way through several interconnecting waterways, it offers a great insight into life on the Delta.

Houses on stilts and private docks are de rigueur here. Even though properties along the various arroyos or creeks are numbered today, the Patron and his Marinero know each one by name. Waves are exchanged, and often, the vessels horn is tooted. It’s a closely-knit community here on the Delta, with the lanchas providing a lifeline to many. 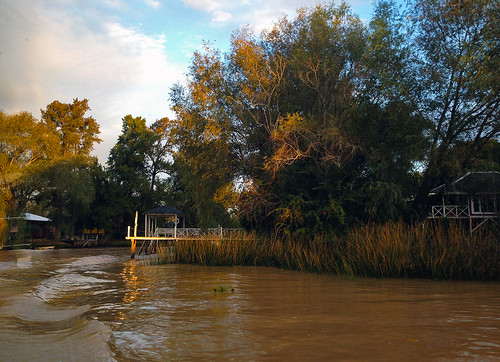 As the sun begins to drop, we round the corner into yet another waterway. A wedding has just concluded at a little chapel, and on the grounds outside, a bouquet is thrown into the waiting crowd. Passengers on the lancha applaud along. Sadly, I miss the precise moment on camera… 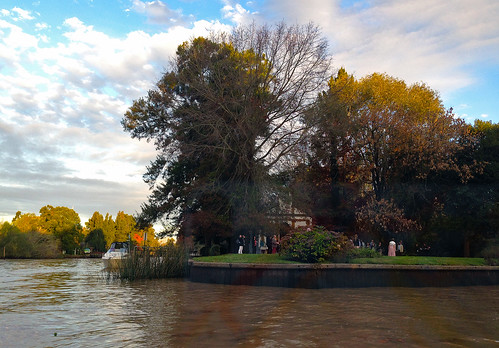 The lanchas, with their characteristic Detroit Diesel engine beat, can be heard from a mile away, and at each stop, residents, more often than not accompanied by their dogs, are waiting at their muelle or dock to receive their guests.

Not so for me though! We pull up alongside the dock for Habitación Isleña, where I alight with a spring in my step, only to find the lodge completely deserted! My host is MIA, and my AirBNB booking shall henceforth be referred to as Abandoned BnB!

Instead, I’m greeted by a pair of hysterical dogs wanting to chase me off their property! Their owners appear minutes later to investigate the commotion. ¿Habla Inglés? Luckily, the lady does speaks a few words and informs me that Lau, their neighbor and my non-existent host, hasn’t been seen in a while. She points me in the direction of Villa Monica, a short walk along the arroyo.

It’s close to sun down by now; I’m in the middle of a River Delta, with a dying phone battery, very little Spanish to my credit, and no place to stay for the night! And, Villa Monica is closed too… 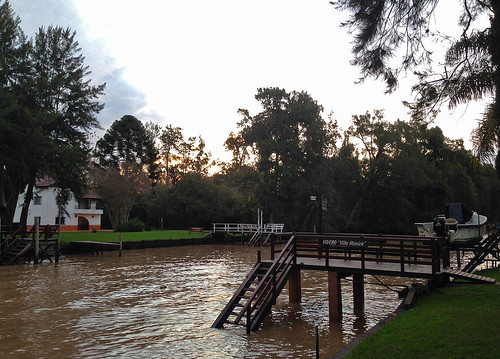 Not one to give up easily, I continue down the path and eventually chance upon Isla Chamamé. It’s a beautiful property, with 3 cabañas on stilts, located just behind the main house; a full breakfast included, and plenty of kayaks available for your recreational pleasure. 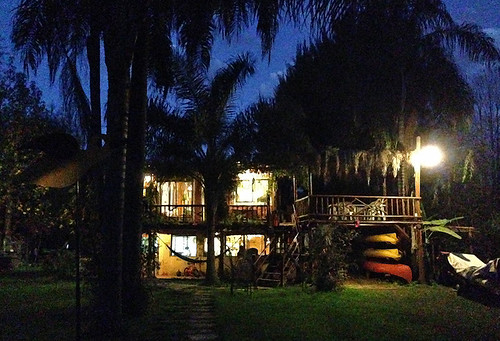 None of that matters though, because it’s all booked for the night! Deborah, one of the hosts, is empathetic, and gets on the phone immediately, calling up other innkeepers. The one closest to her is also booked up, but she in turn suggests a lady named Susana, who might have a cabaña available. A few more calls and the plan is set in motion. I wait patiently on the dock for the last lancha of the day. 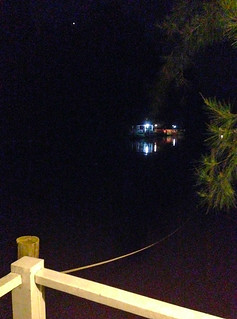 The cabaña I’m supposed to be staying at is on a secondary waterway that doesn’t lie on the lancha‘s route, which means that I would have to be dropped off at a predetermined location, and transfer to Susana’s boat. All very good in theory, except that Susana doesn’t speak a word of Ingles, and her boat is nothing more than a little skiff.

But Susana doesn’t disappoint – she’s waiting there by a little dock, fighting the wake from our incoming Lancha. Under the cover of stars, and only a flashlight for illumination, she yanks to life the outboard motor and whisks me away into the chilly night.

It’s a lot colder by the time I awake in the morning, so a steaming cup of Mate is in order. And with that in hand, I set out to inspect my humble dwelling and surroundings… 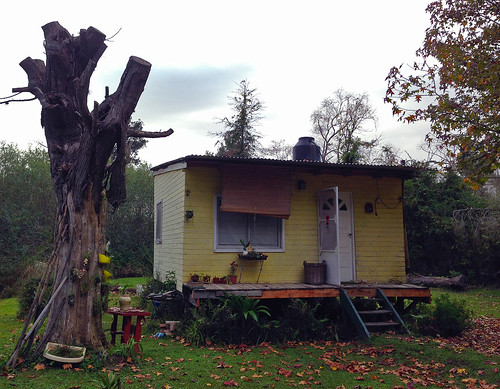 It’s somewhere between a decrepit trailer home and a ramshackle cabin in the woods, but I am grateful for it all the same. Flotsam and jetsam make up the landscaping on the grounds, and the rickety old dock, where I was dropped off in pitch darkness the night before, lies a few feet away. The water level has risen considerably since, submerging most of the steps I had climbed. 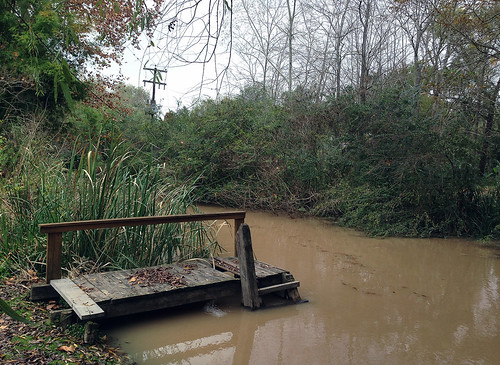 I walk over towards arroyo Angostura, where I’ll be able to flag down a Lancha, headed in the direction of Tigre. Susana shows up a few minutes later to pick up the keys from me. I’m about to berate her for the lack of linen (there were no towels in the cabin!) when she hands me a breakfast tarta. All is forgiven.

The private dock where I wait belongs to a home that couldn’t be more aesthetically removed from the one I just spent the night in! It’s so charming that I’ve convinced myself to return to the Delta again… 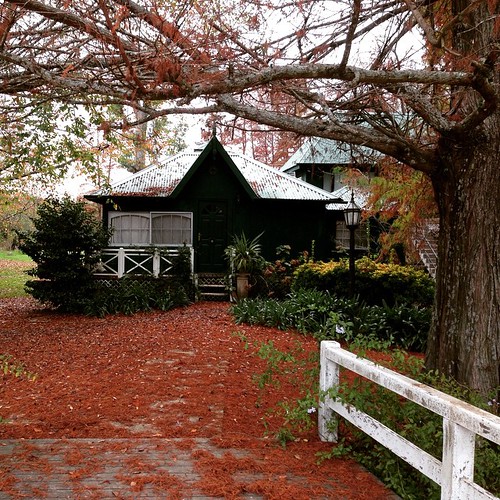 Back on the mainland, I take a long stroll along the Tigre waterfront. Not only is Tigre a gateway to the Delta, but also a perfectly respectable destination in its own right. For a town this small, it boasts as many as 5 museums, including one dedicated solely to Mate; one of the most pleasant promenades, and no shortage of restaurants, cafes and bars either.

But probably its most enriching facet is the sheer number of rowing and regatta clubs that call it home. They’re all housed in colonial relics, with the oldest dating from 1873. Olympic rings adorn the Venetian facade of Club Canottieri Italiani, one of who’s members was part of the national team that won Argentina the ’52 Gold Medal in rowing. 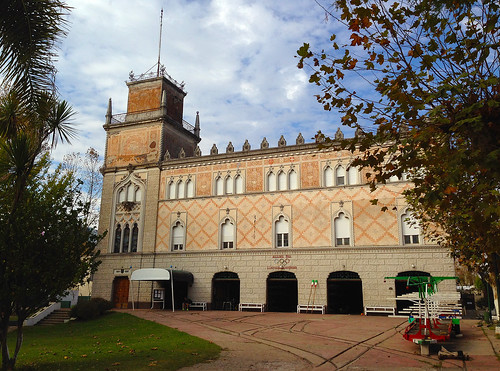 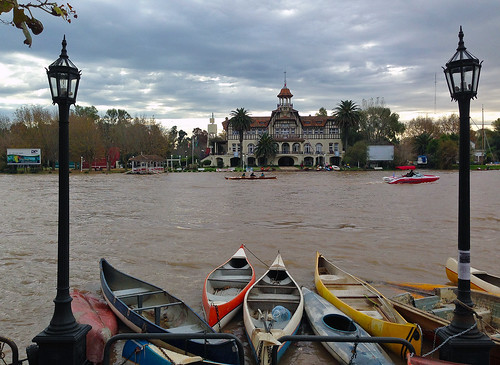 A mile and a half from Estación Fluvial, at the very end of Av. Paseo Victoria, lies Museo de Arte. Completed in 1912, it initially housed the Tigre Club, followed by a casino, and eventually the museum! Even if you don’t intend on exploring the exhibits within, the building alone is worthy of a visit. 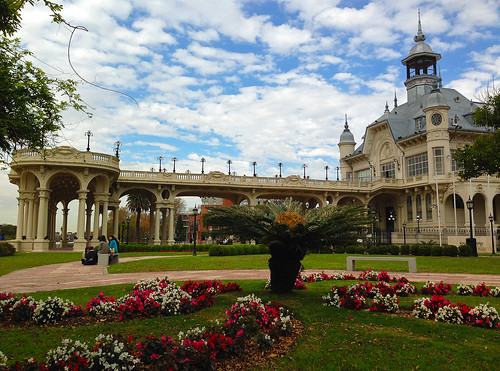 Tren de la Costa is a longer but more scenic means of returning to BA. The 10-mile coastal route cuts right through the upscale northern suburbs of Buenos Aires, passing beautifully restored stations along the way, some of them housing restaurants, and in the case of Barrancas, an antiques fair on the platform itself! It is a great way to end a weekend on the Delta, or begin one, as the case may be! 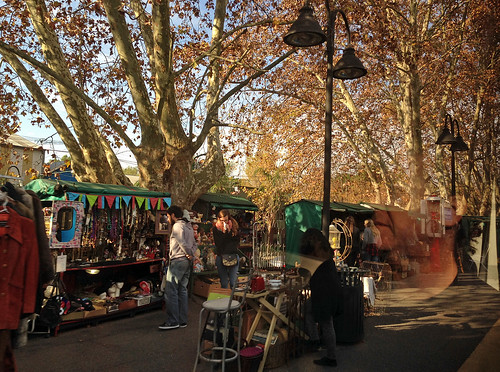 A full set of pictures from my trip to Tigre and the Delta can be seen here.

One thought on “Tigre and the Delta”