As a kid in school, we were taken on a field trip to the Governor of Maharashtra’s Bungalow in Malabar Hill, Bombay. To the majority of the passing public, the Governor’s Bungalow was no more than an ornate looking black gate on the drive up to Walkeshwar. Our class of about 40 was fortunate enough to venture past those gates. Not only did we get to see his Bungalow but also relax on his private beach. I’m sure we all walked away that day envious of him (whoever he was). I still am.

More than 20 years later, thousands of miles away and in a different city, I had visions once again of that private road leading away from the hustle and bustle of Bombay, down to the grandiose of the Bungalow and beyond to that secluded strip of sand. I was headed to little known Governor’s Island in New York Harbour.

The New York Times recently conducted a survey about Governor’s Island which revealed that not to many New Yorkers are aware of its existence and those that were aware, were not completely sure of its significance or use. Not surprising given that it was only thrown open to the public for the first time this summer. And never mind the private beach and bungalow, with Eliot Spitzer ensconced in Manhattan, this island has no Governor!

The Battery Maritime Building is a work of art and a fitting departure point for an island full of character and history.

It’s a 10 minute FREE ferry ride to the island from this terminal which, judging by its 3 slips, has seen busier days. The ferries operate every hour on the half hour from June through September on weekends. The freebies continue once your ashore with a walking tour of the island provided courtesy of the National Parks Service!

The island is one of several in the NY Harbour area south of Manhattan. Staten Island (one of five NY City Boroughs) is the largest of them and the better known ones include Ellis Island and Liberty Island (which houses the statue). It does, without doubt, command the best views of the lot.

Looking north and going clockwise, we start with views of Manhattan Island with its financial district, move on to the bridges over the East River, onto Brooklyn with Red Hook Harbour in the foreground and then onto the Verrazano Narrows Bridge and Staten Island to the south.

Looking South and continuing clockwise we have Bayonne in Jersey with its harbour in the foreground, the Statue of Liberty followed by Ellis Island and finally Jersey City and the Hudson River.

Its name originates from Colonial times when the island was for the exclusive use of Royal Governors. The earliest occupants of this Island were the Dutch in the 1600s. The US Army set up base here in the late 1700s. In the early 1900s, the island was expanded towards the south using landfill from the Lexington Avenue Subway excavations. It’s most recent occupant was the US Coast Guard which ran operations here all the way till 1996. The island remained out of bounds and in Federal control till 2003 when it was handed over to the city. Today it stands as a US national monument.

The island is not just one of immense historical importance but is also rich in architecture ranging from an old 18th century fort to pre civil war buildings to Victorian and neo-classical structures.

There are over 60 historic buildings on the Island and of these Castle Williams (which can be seen clearly from the Staten Island Ferry) is one of the more prominent ones. 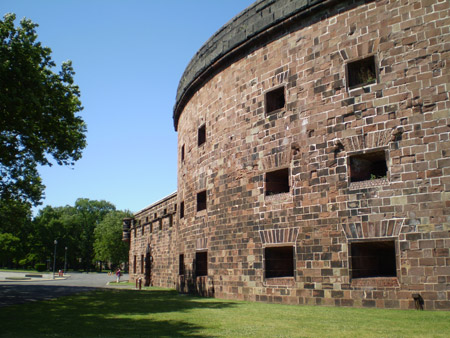 Liggett Hall when built was considered one of the longest buildings in the world and even housed an entire Army Regiment in it. In 1929, the city had plans of building an airport on this island and this building was hurriedly built to prevent exactly that! 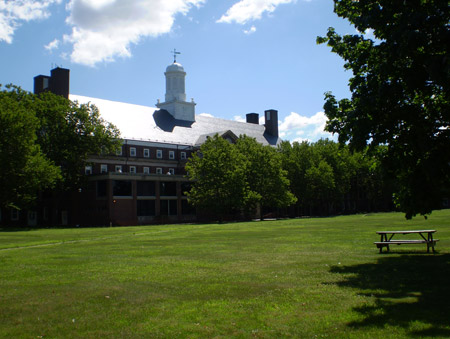 The island hosted many visiting heads of state including in 1988, Gorbachev for the US-USSR summit. 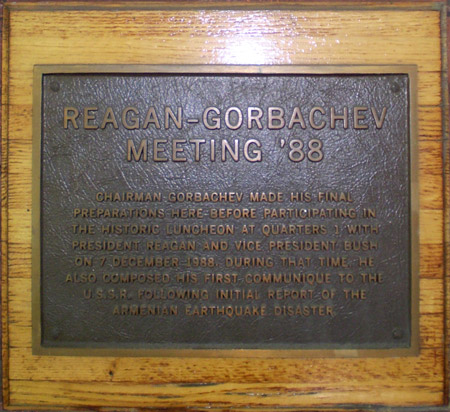 Every nook and cranny of this island oozes with heritage and trivia. With acres and acres of recreational space and a sun soaked esplanade providing the best views around, it is also a very relaxing (not to mention quick!) get away from the frenzy of city life. It is truly New York’s hidden jewel begging to be explored. But for that you’ll have to wait till the summer of ’08 😉

In the meantime, it’s back on the ferry to Manhattan where the action never stops! 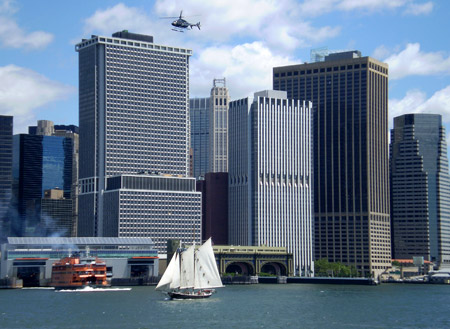